Was this the shortest-lived Brighton periodical, ever?  Edition #1 appeared in May 2007.  Was there ever a #2? 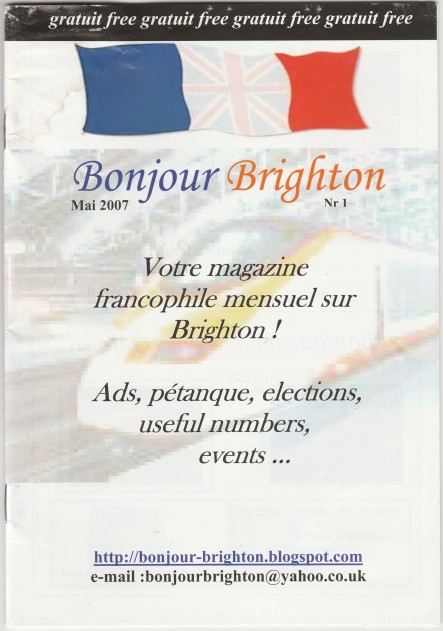 The magazine was bilingual and covered topics such as Que visiter à Brighton [What to visit in Brighton]; Tu tires ou tu pointes [petanque enthusiasts will recognize the reference]; Quoi de neuf en France with all the latest news about the hit parade and the 2007 presidential elections.

END_OF_DOCUMENT_TOKEN_TO_BE_REPLACED 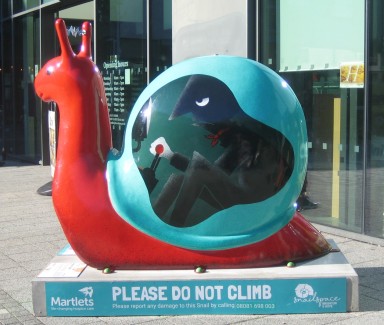 The text below this jolly Martlets snail outside the Jubilee Libaray reads: “This Snail is a riotous display of colour and portrays the renowned (and feared) chef Jacques le Méchant.  The cunning cook has devised a way to infliltrate snail kingdom in search of the tasties snails for his famous restaurant L’Escargot Fantaisie!”

This is probably an impenetrable in-joke … but as long as the Martlets Hospice makes lots of dosh from it, who cares?

The Brighton and Hove French Circle prides itself on being one of oldest French Circles in the country.  But was it really founded in 1915 as we have always claimed?  Well, yes,

This little snippet seems to show that Antoine Désiré Joye, teacher of French and Pasteur of the French Protestant Church in Queensbury Mews (see blog of December 2016) was at the fountainhead of the Cercle Français.  For 10/6d you could attend a course of 30 lectures on literature given by the man himself.

The French Circle still continues the tradition of providing a series of subscription lectures and talks throughout the winter months. END_OF_DOCUMENT_TOKEN_TO_BE_REPLACED

Blue plaques – not to show that someone famous lived in your house, but that you are a Francophile.  One example from Kemp Town and three from a single street near Waitrose. 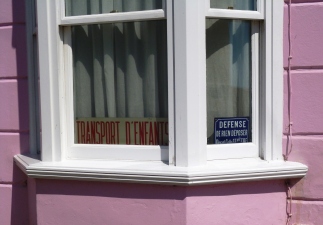 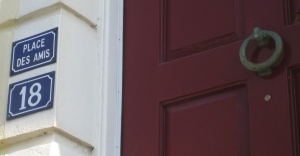 On Saturday 25 December 1915, the ‘Brighton Herald and Hove Chronicle’ published this small advertisement placed by the French Protestant Church in Queensbury Mews Brighton.

On the same days were several small adds from refugee French and Belgian citizens offering various forms of tuition.

On the Palace Pier, you could watch a highly interesting film illustrating the “Manufacture of Guns in France”.  At the Florence Road Baptist Church, Captain G. M. Rice (Chaplain to HM Forces) was to give an account of his work in France.  In an upstairs corridor of the Brighton Library you could go to view an exhibition of ‘war relics’ which included a large collection of the debris of the battlefield – German helmets, French kepis Turkish fezes (and) fragments of every kind of shell,  whereas Estelle’s (The Dainty Blouse Shop) in Preston Street was advertising Dents celebrated French Kid gloves at a bargain price of 1/11¾ (one shilling and eleven pence three farthings – a snip at the price).

… or as we members prefer to say le Cercle français de Brighton et Hove. The exact name does not matter. We are bilingual. But did you know, the Cercle / Circle has existed for over 100 years now. Read the history of the group at http://www.frenchcirclebh.org.uk/index_files/history-bh-fc.pdf