You have taken off in a small private plane from Brighton City Airport at Shoreham-by-Sea.  The plane heads directly due south.  About 40 minutes and 177 km later you pass over the coast of France at Ouistreham.  Your pilot follows the course of the river Orne.  Below you, you spot a white gash amid the pattern of green fields. 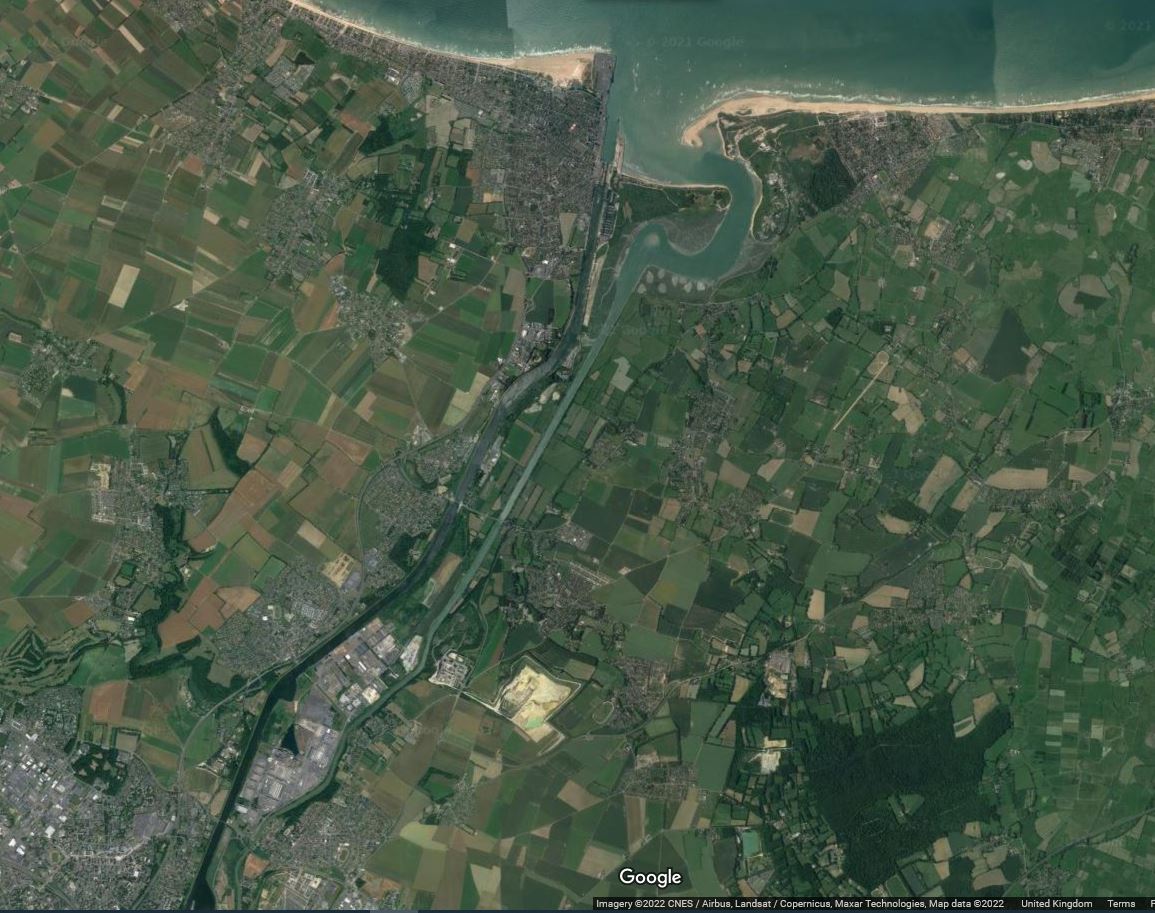 The port of Ouistreham, the Orne river and its canal. In the bottom left-hand corner, the modern outskirts of Caen. (c) Google

What you see below you is the quarry at Cintheaux / Ranville, some 10km north-east of Caen.  It is the last quarry to work Caen stone.  This beautiful, cream-coloured stone is much prized for both the interior and exterior of buildings.  It lends itself to fine carving and, depending on its quality, is durable.

Brighton has a rich heritage in Caen stone. Having said that, Christopher Wren was not an enthusiast.  He described Caen stone as “more beautiful than durable” – but was that sour grapes?  Between the reign of William and Mary (1680s) and the fall of “that tyrant” Napoleon (1815) relations with France had been tense not to say bellicose.  A dearth of Caen stone was felt by many an architect.

But to begin at the beginning.  William, Duke of Normandy built himself a castle of local stone in the tiny town of Caen.  He liked the stone so much, that when he invaded Britain six years later, in 1066, his choice of stone for his castle-keep in London (The White Tower) was, of course, brought from his home region.  And once a fashion starts, everyone wants to follow suit.

In Brighton, the earliest known example of Caen stone is the font in the parish church, St Nicholas of Myra.  The font is believed to date from about 1093. 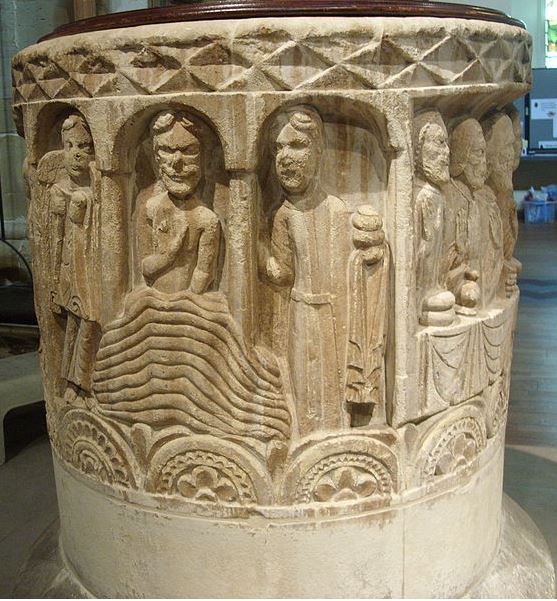 But there is much more dating from mediaeval times. St Helen’s, a Norman church in Hangleton, Hove, is of flint with Caen Stone coins (corner stones) and in 1932, the West Sussex Gazette claimed in a report that “two doorways of Caen stone” in the depths of Preston Manor House (Brighton) were a legacy of a 13th century manor house which had been more or less obliterated by the architectural “make-over” of 1739.

The area of Brighton called Patcham may seem at first sight merely modern urban sprawl.  The village is, however, ancient.  In an excellent talk in 2021, John Bailley has identified several areas of Patcham Church where Caen stone has been used. 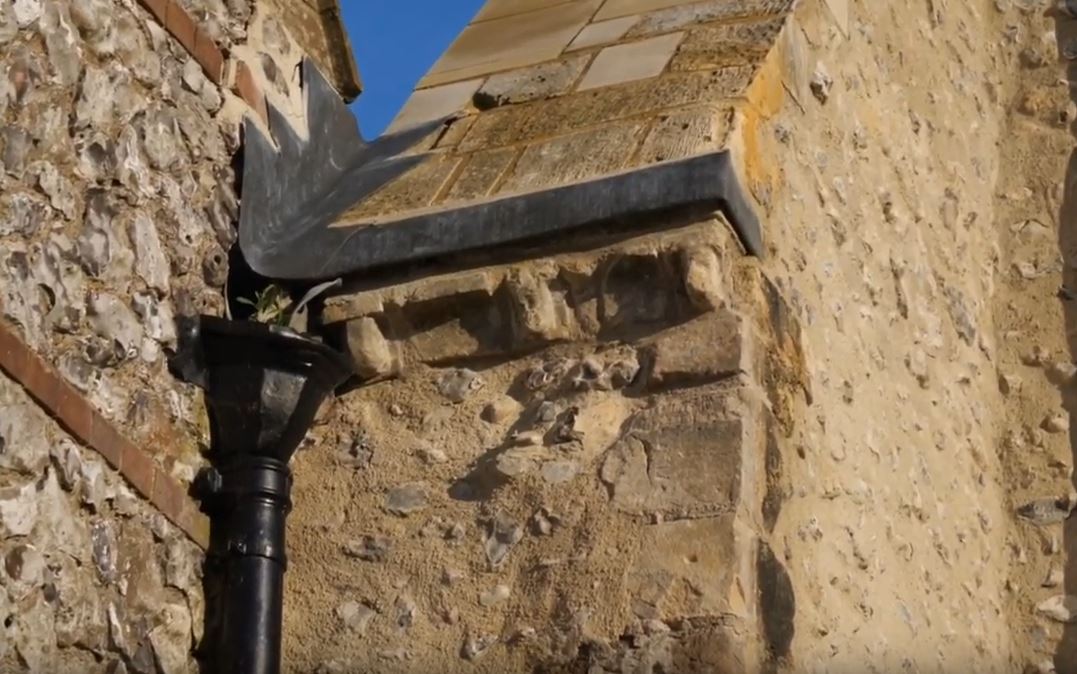 One of these several areas is shown above.  Mr Bailley describes the feature as “a horizontal string course … with three little nodules on it… a beautiful remnant of a mid-12th century string course in Caen stone.  They [the nodules] are little animal heads with eyes and long noses.”

Other than that, Brighton and its surrounding area seem to have ignored this beautiful stone for some 600 years or more.