On the 18 March 1895, this strange tale appeared in more than a dozen French newspapers.

[Jack Brown or the living parcel

An elderly man, whose strong English accent left no doubts as to his nationality, appeared last evening at the post office in the rue de Choiseul.  He asked for hospitality overnight, saying that he was penniless and reduced to vagrancy.

When he was taken to the police station in rue Marsollier yesterday morning, he gave more or less this account, in a mishmash of English and French:

“Name of Jack Brown.  64 years old, retired non-commissioned officer in the English army, two stints in the dragoons of Her Gracious Majesty …”

At this point he saluted respectfully and continued:

“Live in Brighton, three shillings pension a day.  Two nights ago, in Brighton with friends, drank more than usual.  My friends – played a joke, très common in the England – sent me to Paris as a parcel; sewed label on my back: ‘Jack Brown en route for Paris’; Brighton – Paris ticket stuck in my buttonhole.  Me completely drunk …”

“It’s disgraceful, getting that drunk on gin …” exclaimed the police inspector.

The unfortunate Jack Brown then goes on to explain that he had no memory of the journey, despite been manhandled onto trains and a boat before arriving in Paris.  The police must have had some sympathy with Jack.  He was not arrested but simply told to go off to the British Embassy.

Who was Jack Brown? None of the several John, Jas, James or J. Brown who lived in Brighton at the time quite fits the bill.

There is no trace of this story in British newspapers.  Was this because the victim had a reputation to protect?  Was it perhaps Col Sir William James Brown?  Here’s a possible explanation:

William James Brown was the honorary colonel of a London volunteer regiment.  He was born in 1832 and had just turned 64 by the time of his French adventure.  He had enrolled in the volunteer Honourable Artillery Brigade in 1860 and once again in 1861 (deux congés dans les dragons …).

He did not live in Brighton but spent a great deal of time in in the town as he was married to a local girl, Susanna Silverthorne.  In 1871, his father, wife and two of his children were listed as living at 22 Russell Square. William was certainly staying in the Metropole Hotel in March 1901.

William often spent time in Brighton for the huge volunteer reviews of the 1880s.  His brother-in-law, James Silverthorne, who became Lieutenant-Colonel of the volunteer 1st Sussex Rifle Corps, had the same rapid rise through the ranks as William and there is some evidence that William might have attended regimental dinners in Brighton.  Certainly both men would have met other officers in the Officers’ mess in Princes Place (see below). James Silverthorne, as well as William’s parents- in-law, lived in the Russell / Regency Squares area in Brighton.  Both the Browns and the Silverthornes were livery stable keepers. 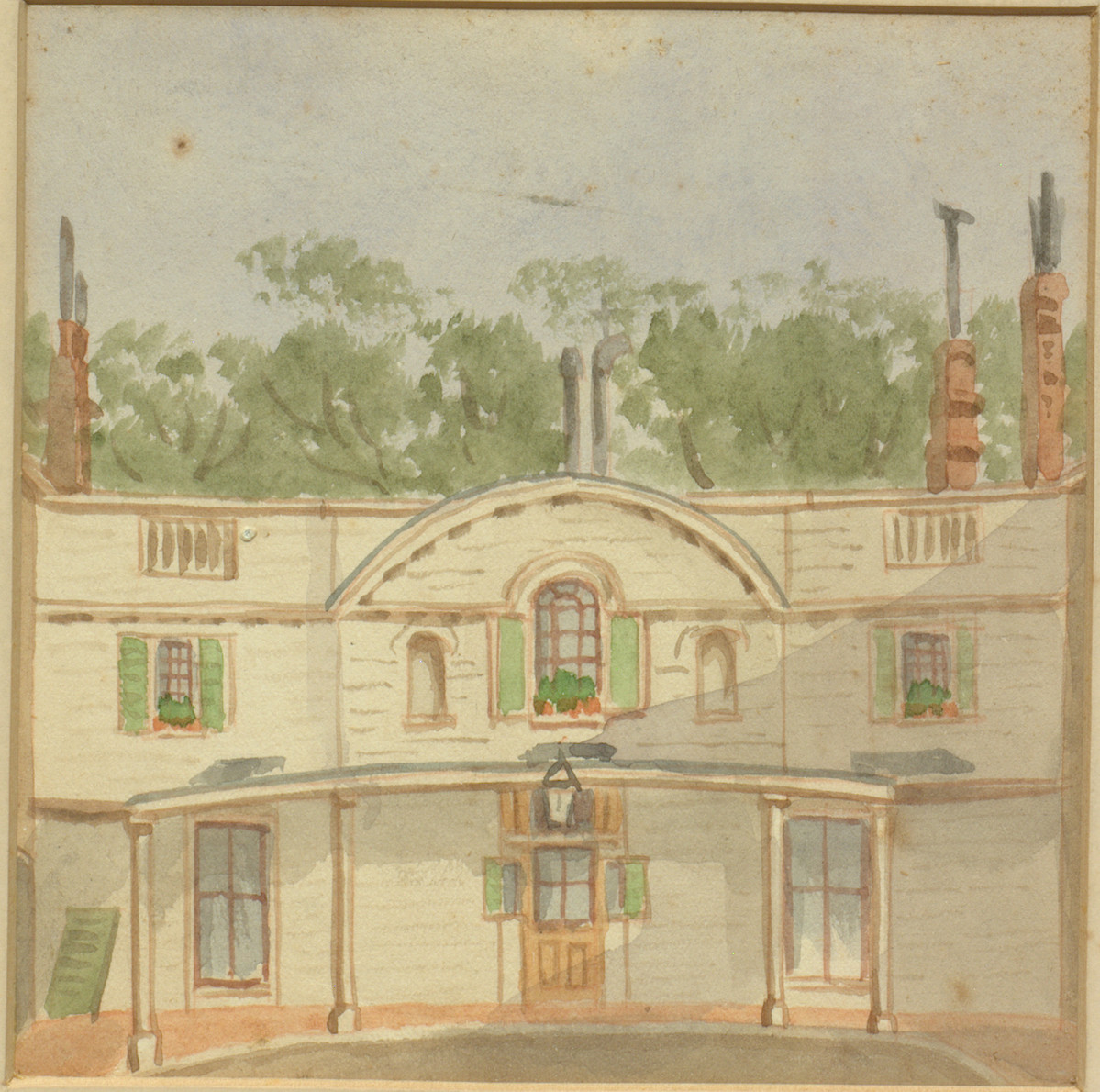 Although “Jack Brown” claims to have a pension of only three shillings, this might be about right for a volunteer colonel.  William was, in fact, independently wealthy from his livery stable business in London.  The fact that he speaks French shows that he is educated.  In addition, other French reports say that he claimed to have an account (alas depleted) at the Crédit Lyonnais.  Elsewhere he is described as grand, l’allure assez correcte [tall, with a fairly upright bearing].

But perhaps the most persuasive argument of all would be the cost of the whole prank:  a few local drunks tipping out of a Brighton pub could not have financed the purchase of ticket to take a person by boat and train to Paris, nor would they have had the funds for a possible bribe to the train guard at Brighton station.  The whole affair smacks of a mock military operation run by some rather drunk officers who had imbibed too much at a regimental dinner.

What do you think?

One thought on “Jack Brown or the living parcel”